As I was browsing around the web for images of our school, I found several that gave me a sense of how things have changed.
I personally had been back to school only once - in 1978 - 12 years after I graduated, and with the exception of one additional building, the school looked much the same. I am truly astounded at the changes that have occurred since:

the old boarding house has been torn down and a new one erected near (around) the chapel, see pictures in the links below.

A swimming pool is part of a building (New Stafford Block) that was built on the site of the old boarding house. That building also houses the new Library (which just received a new paint job in August)
(CLICK THE BACK BUTTON after using any of the links on this page)

There is a large Auditorium, and The Hall has been transformed into an administrative wing.

There are new labs, a Media Center, and several three story buildings for classes. The number of students has apparently risen to 7500.

There is a Cafeteria.

The Quad has been paved and a road for cars leads all the way to the Stafford Block.

There is a school bus service for the students

There are new sports uniforms and cheerleaders

BELOW: pictures I found on Facebook, in a group called Bishop Cottons
I cannot post these pictures here without the owner’s permission, thus all these links . 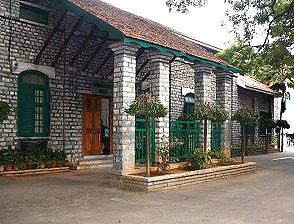 girls at “waterfall”
science class room
the Tree in the Quad
Tree and paved quad
girls in class
ISC girls
inside the cafeteria
girls in class    again   (2005)- is this Casual Friday?
group hug  (2005)

The following photos were taken by a guest student at BCGS and posted on Flickr with a Creative Copyright, allowing anyone to use them for non-commercial purpose. Many Thanks to “The Ticket Collector”! She posted the photos in Nov 2007.

15 minute break coming to an end. (click for large image) 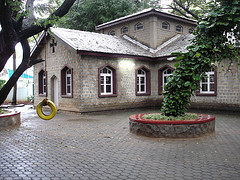 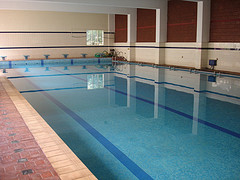 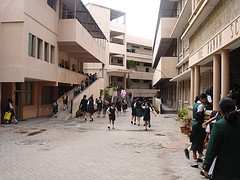